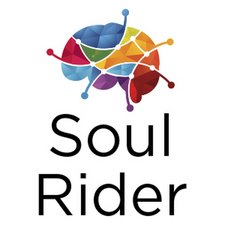 What Will Solve the Camera Malfunction After Battery Replacement?

The camera software launches, but neither the snapshot or video functions are accessible. The screen stays at the (faux) camera aperture screen and the aperture doesn't launch into the camera's viewfinder. Good ideas anyone?

Replaced its battery for the first time last night. I dislike having done everything right except this one thing on a phone that has lots of miles left on it. All other functions on the phone seem normal, as they were before battery replacement. Took my time during replacement, nothing seemed to go wrong. All the connectors seemed to go back on OK. I'm a first-timer who took around two hours.

But *something* did go wrong, and it's probably a mechanical issue rather than software. I can open up the case again and solve it if I have a good idea or two on what to look for.

Thanks, Kurtis. I just fixed it, and it was a hardware problem (the technician - me) had malfunctioned during reassembly the first time. Derp.

The problem turned out to be that the camera cable connector got disconnected before reassembly. I opened the phone back up and instead of it being connected to the logic board, the camera happily sat in its position as I lifted out the logic board.

im no professional by any means, however, have you tried using another camera app? not as a substitute but to identify if its a softwear issue, or if you have incorrectly connected or broken the camera cable. My ipod sometimes has this problem but is solved by simply app killing the "camera" app via double click home button > holding the app > and clicking it delete option.

The camera cable was disconnected. Whoops. Fixed it.