If the iPad Air 2 and the iPad Pro 12.9” had a baby, the iPad Pro 9.7” would be that baby. With the iPhone SE, and now the iPad Pro 9.7″, it seems like Apple’s on a quest to prove that big tech can come in small pink packages—but just how do they do it?

The 9.7” may take after the Air 2’s looks and Pro’s specs, but it ended up with the ugly genes of the family. With so much tech to cram into a thinner case, we’re not really surprised to see the infamous camera bump make its iPad debut. But when we found out they forgot the battery strips we’d seen in the iPad Pro 12.9”, we were crushed. Add to that some weird cabling choices, copious adhesive, and four speakers, and this iPad is kind of a mess—no offense. Will the Pro line stand the test of time, superseding the original iPad, iPad Air, and maybe even Mini? Time will tell, but we’re hoping future devices will be bump-free and adhesive tab-equipped.

• The 9.7 earned a sad 2 out of 10 repairability score—same as the original iPad Air and a point less than the first iPad Pro. We think this is the most glue we’ve seen in an iPad to date, making repair miserable. 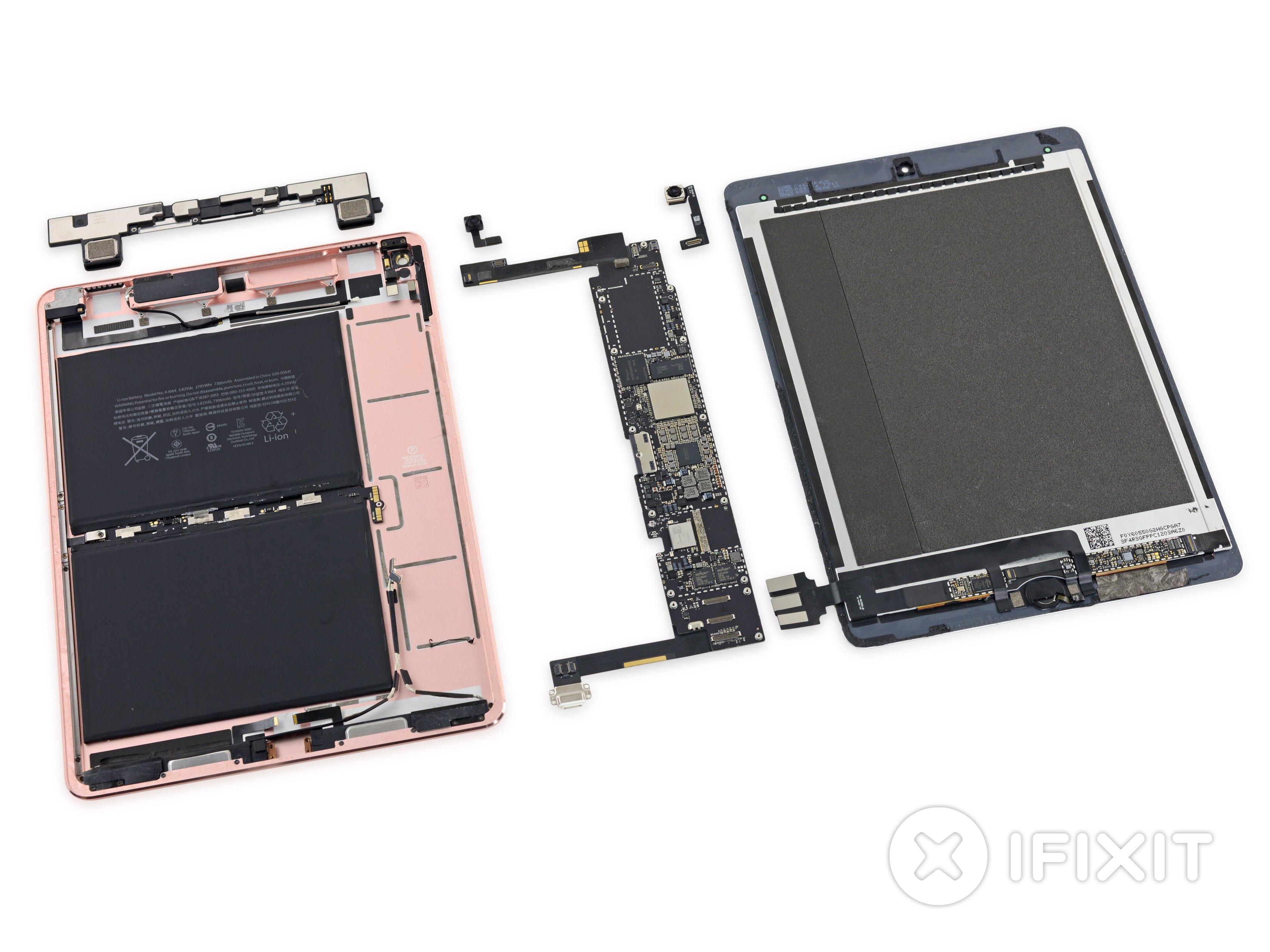 Head on over to our teardown for our full analysis.