The eight-month wait is over! We got the Apple Watch on our teardown table and did what we do best. With a razor blade in one hand and a filed-down tri-wing screwdriver in the other, our nimble teardown engineers (down under) got the first look under the hood of Apple’s wearable.

Once inside, coaxing the battery out is a cinch, but the overall device construction limits further repair options. We hoped to confirm rumors of upgradable internals—but had no such luck. The S1 SiP is encased in resin, and is further held in place by a mess of glue and soldered ribbon connectors. In short, basic component replacements look nearly impossible. 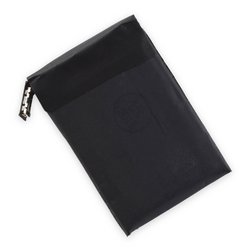 Will the Apple Watch stand the test of time? Well, it’s not designed for the long haul. Swapping out the battery is possible, but the solid-state SiP and the hard-to-reach peripherals do little to future-proof the Watch. And that’s why we gave it a repairability score of 5 out of 10.

• Unsurprisingly, the S1 SiP is fully encased in resin. Our teardown engineers weren’t able to break the seal, so the exact chip-level hardware is still a mystery.

• A 205 mAh battery seems miniscule in comparison to the 300 mAh battery found in the Moto 360 and Samsung Gear Live. Hopefully, Apple’s Watch OS will help the battery hold up and avoid the problems that initially plagued the Moto 360.

• Apple’s heart rate monitor is actually a plethysmograph that looks and acts like a pulse oximeter, but Apple isn’t claiming it can measure your blood oxygen level. Why? Beats us. But it’s probably FDA regulation related. 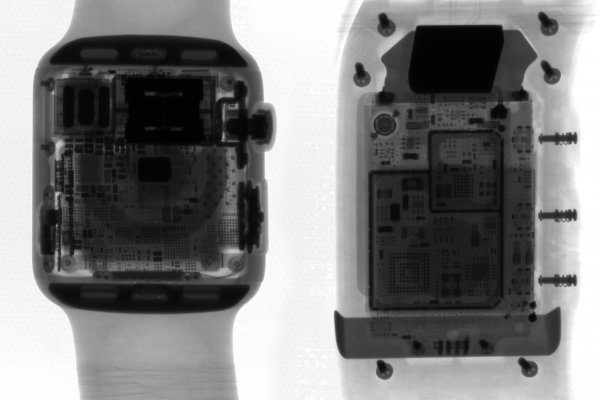