Update: We did it! Well, one teardown at least. More than a Mac Mini but not quite a Mac Pro, the Mac Studio impresses and disappoints in almost equal measure. Read the transcript or watch the video—either way, prepare for serious surprises!

What’s next on the teardown table? One Mac Studio down, one Studio Display to go. And we may yet see some iPhone SE internals. (Sorry, iPad Air.)

The text below comes from a shooting script for the video above; it may not perfectly reflect the dialogue of that video.

If Apple squeezed a Mac Pro into a Mac mini, you’d get something that looks a lot like the new Studio Mac—I mean Max Studio. I mean M1 Max Mac Studio. No trash can, no cheese grater, just a single block of extruded aluminum with plenty of room for fans. And ports! They’ve even included ports on the front. This feels like the Macs we used to love, in all the best ways.

Apple has graced us with two forward-facing USB-C ports and an SD card slot. For anyone who has been living in Jony Ive’s Dongleverse for the last decade, this is a breath of fresh air. Remember all the ports that Macs used to have? Welcome back to the future. The rear is decked out with four Thunderbolt 4 ports, ethernet, USB-A, HDMI, and even a glorious headphone jack.

The Studio is just about two-and-a-half Mac minis tall, but it’s dwarfed by Steve Jobs’ ‘stunning’ Power Mac G4 cube. (Something tells us this new cube won’t have a convenient opening handle.)

Enough with the outside—time to figure out how to crack this thing open. Don’t get stumped by that smooth exterior; peeling up the foot ring reveals four friendly Torx screws.

We’re not in Mac mini anymore, Toto. This black expanse is the underside of the power supply, not the antenna plate we’ve seen in minis past. A couple stubborn connectors later, we find that the Studio really commits to this fashion statement—Apple’s industrial design team covered the entire power supply in black tape and color-synchronized goop.

Our next victim: a super exciting frame that gets in the way of storage removal. Say what you will about the “trash can” Mac Pro, at least it had immediately accessible upgrades. A single Torx screw, some isolation tape, and the internal storage is free—there’s even a spare slot right here on the board!

Time to find out if this modular storage is actually upgradable.

After a lot of testing—some of it interrupted by Apple server issues—we actually have some definitive answers. We popped this stick into another base model Mac Studio’s empty slot, but Configurator kept giving us DFU restore errors.

No matter the configuration, we haven’t gotten two base model drives to boot simultaneously in a single machine. However, when we swapped the spare Studio’s drive for the one in the teardown unit, and used Configurator to do a DFU restore … it worked! Storage swaps are possible, at least between two drives of the same size. But the jury’s still out on upgrades. Hopefully a software update will make the spare slot worthwhile, but it’s always a bummer to see repair and upgrades at the end of the priority list.

Getting Down to Silicon Chips

From here, this layer cake is a bit of a puzzle. We’re desperate to get at those modular-looking ports, but there’s a lot of ‘Tetris’ to take care of here first. Brackets, connectors, oodles of Torx screws—even a Torx standoff—and we finally free the power connector, USB-A board, USB-C ports, and glorious SD card reader. With some more brackets and connectors sprinkled throughout. PHEW.

Dispatching more Torx screws, most of the antennas, and a heat sink bracket finally frees the logic board—and the heat sink honestly takes our breath away. We should probably be more excited about the silicon, but look at this monster! It looks like a little quad-copter! In the Ultra that little chip is doubled, and thanks to UltraFusion architecture, the dual-die chip looks and acts like a single ultra-fast 2.5 Terabyte chip—an incredible feat of engineering. (A feat we … didn’t spend the money for in this teardown unit.)

That speed comes with a price: the RAM is built in, so upgrade that unified memory at purchase or forever hold your peace. We’d love to be able to upgrade this in a few years, but that may be the price we need to pay for the performance Apple is getting here.

Back to that quadcopter: it’s actually a massive heat sink and two fans. Well, a dual-fan assembly anyway. This impressive array manages the heat created by the M1 Max, and judging by rave reviews, they’re doing a good job. Oh, and there’s an antenna in here, just for fun.

These fans are just so much more massive than other Mac fans, and the heat sink positively dwarfs the M1 Mini with more than six times the weight. The Ultra-powered Studio is even beefier, with a copper heat sink that’s a whopping two pounds heavier than the aluminum one in the Max Studio.

Let’s hope this system likes dust—it’s gonna be a heck of a chore to clean this out every couple years. Then again, without upgradable storage, maybe the Studio won’t stay relevant long enough to get dusty—there’s a depressing thought.

About that Studio Display Camera …

One more thing! We couldn’t resist tearing into the Studio Display that reviewers are ripping to shreds. We’re excited to find out how much of a ‘computer’ this screen is. Turns out it slices like an iMac, opens like an iMac, and inside looks … a lot like an iMac. We can’t wait to dig in—the power supplies are crazy thin, and the fans surprisingly hefty.

But! What’s up with that webcam! It peels up fairly easily, and is definitely a match for the iPhone 11, but webcams rely so much on software that we can’t say anything too definitive quality-wise. More on this Display later—much more!

We love that Apple had the courage to beef up their desktop, allowing for awesomely modular ports and a hefty heat management system. But the Mac Studio falls short thanks to odd choices like buried fans and non-upgradable storage. Not to mention baked-in RAM. All told, the Mac Studio nets a 6/10 on our repairability scale.

The Mac Studio is a worthy successor to the Mac mini, but isn’t quite ready for pros. That said, it gives us a lot of hope for a repairable, upgradable, and reasonably priced Mac Pro. Maybe without a cheese grater this time?

To tide you over until our Studio Display endeavors, have a look at what’s lurking underneath that Studio Display panel. Can this really be just a monitor?

Here’s a cropped version suitable for wallpaper purposes, if you’re the sort of person who likes to put it all on display:

Las but not least, our friends over at Creative Electron once again wielded the power of X-rays to bring you a peek at the Mac Studio’s internals:

Did we miss anything? What are you dying to know about the Studio Display? Let us know and we’ll be back soon! 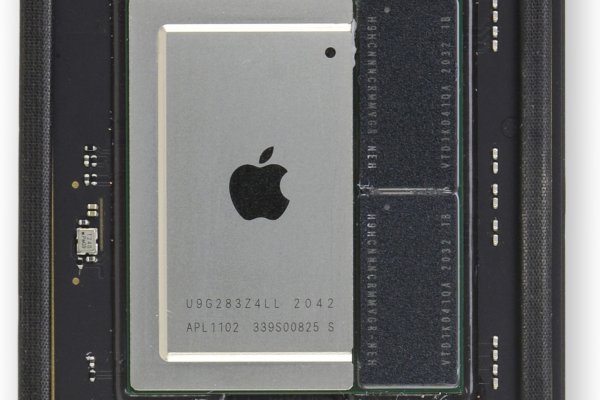 If You Absolutely Have to Buy an M1 Mac, Buy the Mac Mini 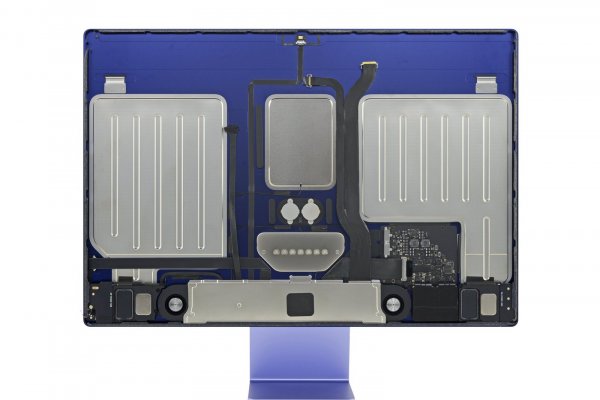 If you bought a new iPad Air to take apart, why no teardown? Also why does it take days for a teardown these days? You guys used to have a full teardown with in 24-48 hours of a new iPhone, iPad or Mac and now it’s days or weeks. I did a teardown of the HomePod mini when it first launched since you guys couldn’t be bothered.

Sounds like they did a lot of testing with different drives, which can take a really long time. Buy all the hardware and produce pro-level videos then post them yourself and get a share of the view traffic if it’s so easy? iFixit is a great resource and they put a lot of effort into this stuff so Joe Average doesn’t have to, and they’ve been at it for years.

I love iFixit, but I have to agree. Since the pandemic (or maybe a few months after), I fixit has gone from being the place that I know will have one of the first teardowns to being one of the last. Sometimes they skip Apple products altogether. I dunno what has gone wrong or why this is the case, but it really is disappointing. Max Tech beat them by a week AND they actually paid for the M1 Ultra version, whereas iFixit skimpped out and only did the M1 Max version. Not to mention, iFixit’s teardowns are way lazier than they use to be- most of them now are just like “hey check out this video”, we want the proper version like you only do for the iPhone now. Give us the chip ID.