All batteries wear out over time, but they don’t wear out at the same speed. You and someone else, given the same brand-new laptop on the same day, could have quite different battery life after two years—maybe as much as a 40 percent difference. It depends on charging levels, heat, how you store it, and avoiding the deadly zero-charge.

Here’s the best advice for keeping your laptop battery running as long as it can on its little pack full of chemicals. Don’t worry if you can’t swear an oath to them: like 8 cups of water a day, or 10,000 steps, they’re guidelines, and your life may have present exceptions. But following as many as you can will yield good results over years of use.

Keep It Between 40 and 80 Percent Charge

If you use your laptop away from its charger quite often, try to keep it above 40 percent charge. When it’s time to recharge it, top it off to about 80 percent, if it has decent capacity and you can live with the uncertainty. Using it this way is the best and most obvious way to extend the longevity and charge capacity of your laptop. Unfortunately, it’s also the toughest to follow.

This may not be practical for road warriors, the overscheduled, or those who suffer from charge anxiety. But if battery life is generally not a problem for you, or you usually have a charger handy, these are the ideal limits to stay inside. A battery charged to its extremes, from empty to full, can make that trip 300-500 times before burning out, according to Battery University, the highly informative, if archaically organized, depot of battery tips and testing. A laptop battery charged to 80 percent might make it 850-1,500 cycles.

Some laptops offer a viable solution to the plugged-in problem. Lenovo’s Vantage app for ThinkPad laptops allows for setting a maximum battery charge threshold, and some Samsung and Sony laptops do as well. Check your laptop manufacturer’s support software to see if you have a charge limiter.

If You Leave It Plugged In, Don’t Let It Run Hot

If that last piece advice made you feel guilty, don’t worry about being so basic with your laptop use. Keeping your laptop plugged in regularly, with the battery charged to 100 percent, isn’t slowly killing it, despite what you may read. It’s only as bad as charging it once, to 100 percent, in the first place. Once the battery hits 100 percent, most modern laptops stop charging, and the power is diverted to the system instead.

Our most economical do-everything toolkit.

The exception is if your laptop runs hot. This could be because you’re doing a lot of compiling, rendering, or other intensive work, or because it’s hot where the laptop is used, due to sunlight, exhaust, or other factors. When you combine a battery at maximum capacity with serious heat exposure, that’s when it starts taking damage and losing life.

Laptops are not good to keep on your lap. Because of their compact size and lack of large cooling fans, laptops can get quite hot, to the point of causing gradual skin burns, or “toasted skin syndrome.” If non-toasted skin weren’t incentive enough, the heat your thighs create by trapping heat and blocking vents is also killing the laptop battery. As our CEO Kyle Wiens told Wired UK in 2013, extreme heat causes physical expansion and chemical changes in batteries: “Too much heat to the battery over time, and the battery isn’t going to last as long.”

So keep the lid open for a while after the laptop runs hot, and keep it off your thighs, or pillows, or laptop desks that surround it with pillows. Take a look around the laptop, see where the vents are, and avoid blocking them.

When you’re not using your laptop, keep it someplace cool, away from sunlight or heating vents. A chart on Battery University (third chart down the page) shows lithium-ion batteries kept in different temperatures for one year. A battery kept at a wintry 32 Fahrenheit (0 Celsius) retained 94 percent of its charge capacity, while a laptop at 104 F (40 C) held 65 percent. 86 F (30 C) is the benchmark Battery University recommends to stay under. But keep in mind, that temperature is inside the laptop; if that’s how hot it is in the air, it’s certainly hotter inside.

Don’t Let It Get to Zero

Keeping your device between 40 and 80 percent is advisable, but letting it get to absolute zero is a small tragedy. It’s not just sitting at zero that hurts, but the full recharge, too.

That’s the message of the many warnings littered throughout Battery University. “A deep discharge with a full recharge causes undue stress to any battery,” reads one. Another post shows off testing by site sponsor Cadex, with a set of cellphone batteries dropping from 88-94 percent capacity to 73-84 percent capacity after just 250 full discharge-recharge cycles.

The only time you need to let a battery discharge completely is when you install a new battery in a computing device, and it’s for the sake of the device, not the battery. There is no “memory” to reset in lithium-ion batteries, unlike the nickel-cadmium batteries of yore. iFixit recommends draining your phone or laptop completely to calibrate the battery gauge. This is a very small hit to battery longevity, but it gives your device a better estimate of its battery life and percentage remaining over a very long time, and prevents unexpected shutdowns and false readings.

Replace Your Battery When It Gets Below 80 Percent Health

No matter how well you follow the ways of the healthy ions, your battery will eventually, regretfully take a dive.

Most sources recommend replacing your battery after its capacity falls below 80 percent. That’s the threshold Apple uses (or at least once used) for replacing iPhone batteries. We have a guide on how to check your laptop’s battery capacity and overall health.

Once a battery gets below 80 percent, its internal resistance starts to build up to a notable degree, making charging actually take longer than when it had full capacity. The time remaining and charge percentage become less reliable, or at least harder to track, compared to what you expect. It’s a long downhill run of diminishing returns. 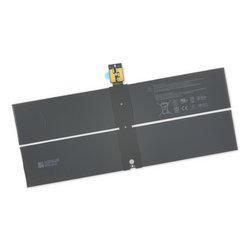 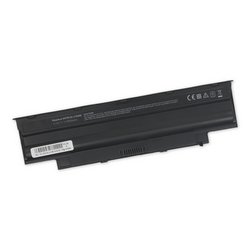 iFixit has a wider variety than ever of PC laptop batteries to install in your own laptop, from most of the major manufacturers, along with guides and toolkits to walk you through replacing them yourself. The same goes for MacBooks, whether Pro, Air, or plain MacBook.

A battery is often the easiest thing to replace on most laptops. Even on modern-day ultrabooks, where the battery is no longer replaceable with a push-to-release lever, it’s usually just having the right screwdriver and a little know-how (something in which we specialize).

It’s always surprising to find out how much longer you’ll want to keep your perfectly set-up laptop once its battery life is a known thing, not a complete mystery.

Note: This post was updated after initial publication to reflect that iFixit’s most recent instructions do suggest a complete discharge for new battery calibration.

How to Tell If Your Mac Laptop Needs a New Battery 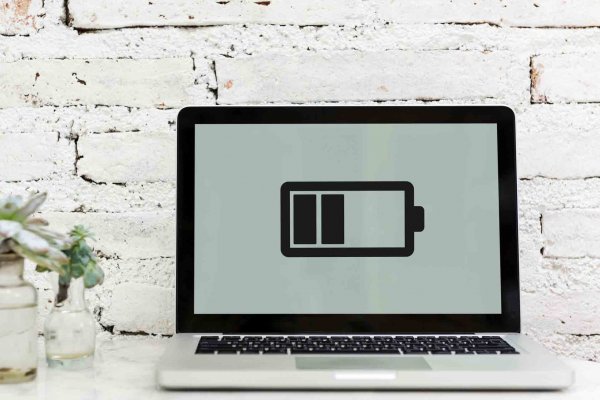 How to Check Your Laptop’s Battery Health

I have a MacBook Pro laptop, what is the best way to conserve my battery life, I never have it away from a power supply ,so should I leave it plugged in all the time at 100%, or should I unplug it and let it run down sometimes, also should I unplug it during lightning storms ,and I usually unplug it at night in case there is a storm during the night.i would like some advice on this, thank you

Thank you Sheila :) You just ask exactly what I also want to know about the battery life on my MacBook pro 15 2018

This article was really insightful and I now understand why some of my previously owned laptops had battery life issues. Do these battery rules also apply to the smartphones and tablets ??

Love this article. Much needed information was provided in it!

Thanks for the article!

Here is a nice and simple rule to live by: Is there electricity? Yes: PLUG YOUR LAPTOP IN A CHARGER. No: Sure? Is it just because you don’t want to move?

If you have a pattern of laziness where you systematically use your laptop in the couch etc. without a charger, then change the pattern. Get an extension cable or don’t use the laptop from the couch/bed. Bringing the laptop to a meeting? Get extension cables out on the table so people can keep their laptops plugged in during the meeting.

I would also like to hear more about the advice on replacing a battery at 80% capacity.. sounds like a very lavish and environmentally unfriendly approach. Isn’t it better to keep it for as long as one can live with its performance?