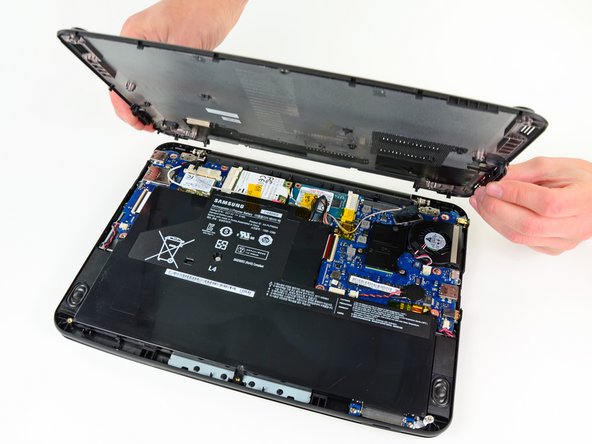 Just over six months ago, Google released the Cr-48 prototype Chromebook to developers—promising that production hardware would be forthcoming. They weren’t lying! With today’s release of the first production Chromebook, the Samsung Series 5 3G, Google has officially entered the retail consumer laptop market with a device they promise will change computing forever.

Running Google’s own ChromeOS, the Series 5 Chromebook is Google’s answer to machines running monolithic operating systems, which they regard as overbearing and process intensive. We decided that the screws holding it together were rather overbearing. So we removed them.

With the release of the first Chromebook, the Samsung Series 5 3G, Google has officially entered the retail consumer laptop market with a device they promise will change computing forever.

Our analysis revealed that the Series 5 is a well-polished version of the rather imperfect Cr-48 prototype Chromebook. We’ve had our Cr-48 for a while, and certain hardware failings—the incredibly horrible, no-good, really quite terrible trackpad and mediocre battery life—prevented us from using it regularly. The Series 5 fixes the major shortfalls of the Cr-48 and adds the polish necessary to strike lust into the heart of a broad consumer base: sleek looks, 8+ hours of battery life, and optimized performance.

The Samsung Series 5 3G Chromebook landed a decent 6 out of 10 Repairability Score. The Series 5 can be disassembled with a mere three tools: a spudger, a plastic opening tool, and a Phillips #1 screwdriver.