Steve Jobs just announced the new iPhone 4. We were surprised that some of the inner workings of the phone were revealed, a first for Apple.

Some great new features of the new iPhone 4:

This is how the internal frame/antennas look: 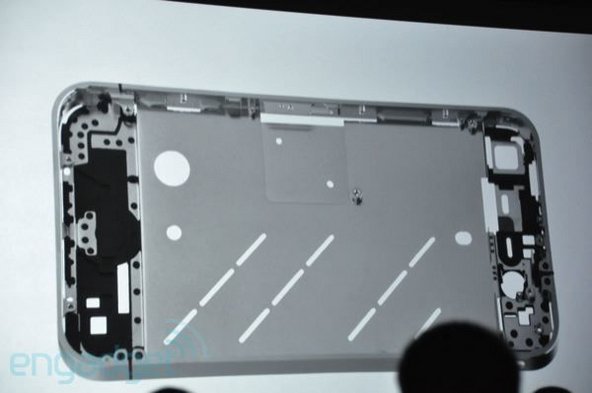 Apple also showed off some of the manufacturing processes for the iPhone 4 frame: 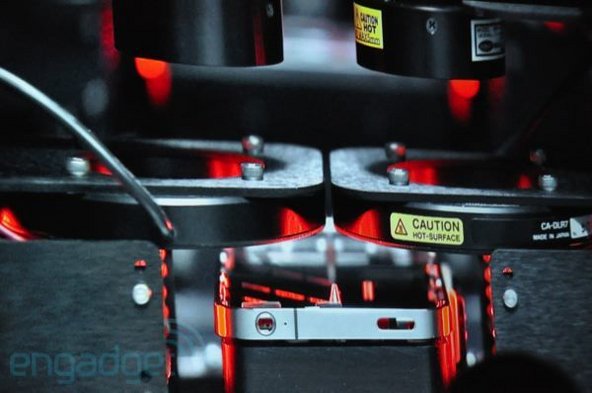 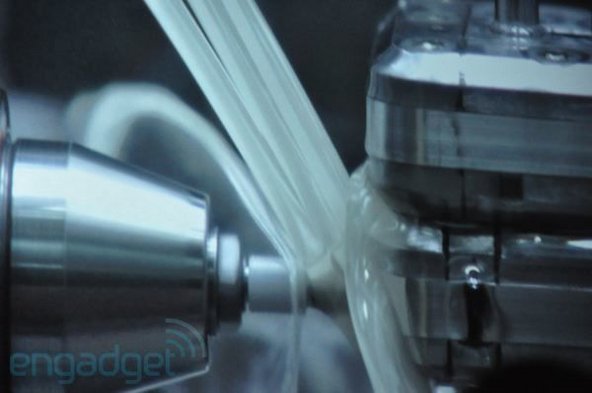 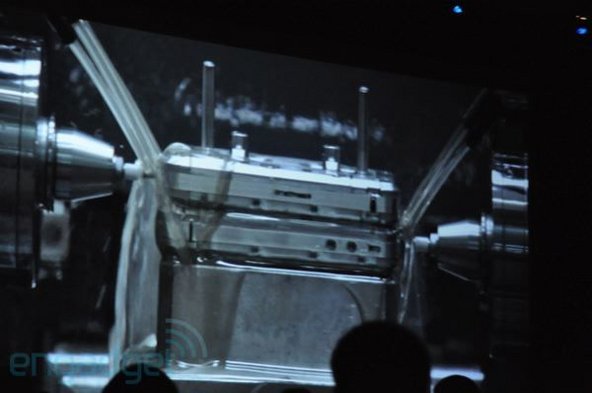 Pre-orders start on June 15th; you’ll be able to hold one in your hands (and we’ll be tearing one down) on the 24th. Big thanks to Engadget for providing the photos. Go figure, we’re not on Apple’s invite list for these events!