Our good friends at phoneWreck took our teardown of the Palm Pre and did a thorough analysis of what we found. We added their component diagram to the end of our teardown.

There are some pretty interesting things that popped up on the Pre’s PCBs. This is the first production device we’ve seen on the OMAP3 (Open Media Applications Processor) platform. OMAP3 is powered by the 600MHZ ARM Cortex A8, PowerVR SGX 530 (GPU), 430MHz C64x, DSP and ISP (Image Signal Processor) and was clearly designed to pack a punch – Dr. Wreck thinks we’re going to see this processor popping up in future netbook endeavours.

On the connections side we see the usual wifi/bluetooth combo going to Marvell and CSR with the W8686 and 63823 respectively. We also see the BaseBand win going to Qualcomm with the heavily integrated MSM6801A platform. The OMAP3 PMIC comes loaded with a USB tranceiver and Audio codec which even further reduces the overall board density of this device. We’re not fully sure – but it looks as if the Pre’s cool new multi-touch Touch Screen Controller win went to Cypress Semiconductor with the CP6944BA device. 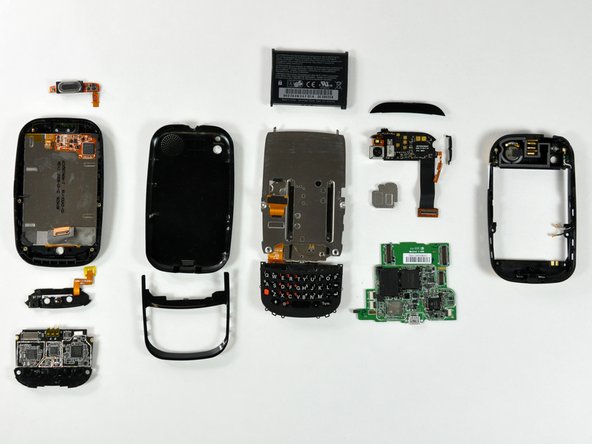 For more more annotated images and analysis, visit phoneWreck. phoneWreck will continue to release more Palm Pre details over then next week as they research the Pre’s hardware design.

In other news, we’re happy to report we have some new teardowns up on our user-contributed teardown platform. We now have teardowns for both the Nintendo Wii and a banana.

We Subtracted All the Parts From the OnePlus 6