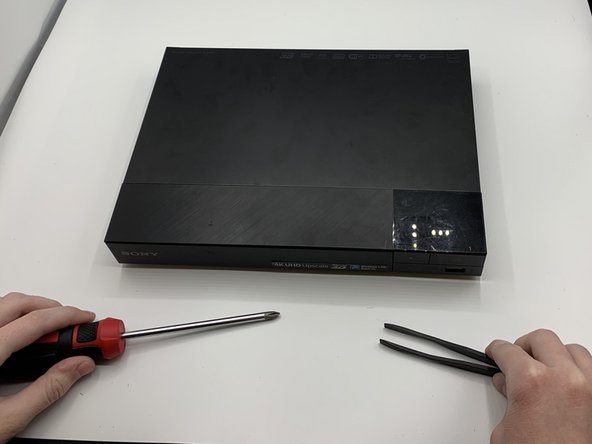 Before attempting the repair in this guide, check the disks you are inserting into the player for problems such as scratches, which may render the disk unreadable. Another possible solution is to turn off your player, unplug it, and leave it for 30 seconds (hard reset). Then, plug it back in and check if your problem remains.

Before you begin this guide, make sure to disconnect the player from any external power sources.

When you remove the disk assembly, do not open it, since the laser radiation from the disk lens could damage your eyes.