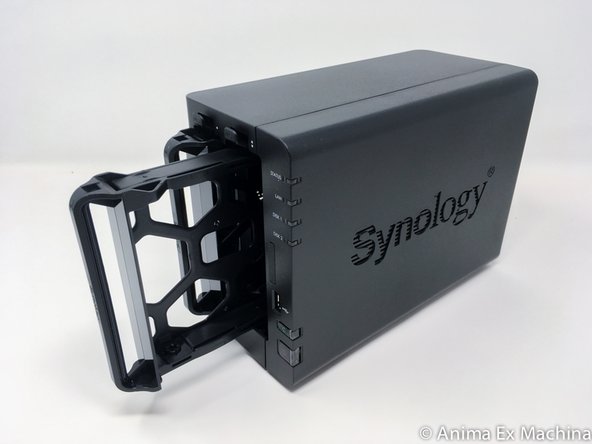 Here's a step-by-step tutorial to dismount each piece of the NAS until you reach the motherboard.

'Note: the interest of this tutorial is however limited.'

Indeed, most of the components that a user can be brought to add or change are now accessible directly, without disassembly (storage disks, memory expansion).

Only one of the memory slot on the motherboard, BIOS battery, and the fan remain inaccessible directly and require the disassembly of the NAS described in this tutorial to be changed (whether they are HS or replace them not the best).

The dismantling time is estimated at one hour (a single experiment on the meter). That said, it is certainly achievable in 20/30 minutes.

The photographs were taken with an iPhone SE, using a portable LED studio.

A LEATHERMAN multi function clamp have been used for fun …

To reassemble your device, follow the instructions in reverse order.

To reassemble your device, follow the instructions in reverse order.