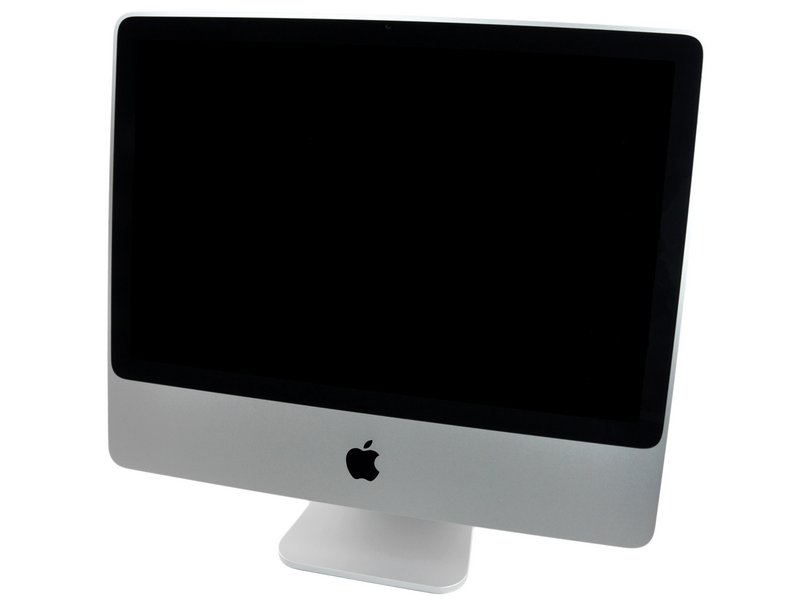 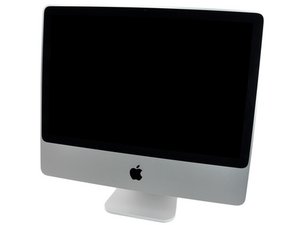 Repair guides and support for 24" Intel iMacs by Apple.

The Intel-based 24” iMac line includes three categories of 24-inch desktop computers by Apple. The original iMac Intel was released in 2006 in both 17” and 20” models. The 2006 release was made of a polycarbonate material and white in color. In late 2006, Apple first introduced the 24” line of these computers. The original 24” Intel-based iMac was the first in the line to display 1080p images in full resolution.

In 2007, Apple redesigned the iMac to have an aluminum casing. It released one 20-inch model and three 24-inch configurations. Apple made notable upgrades to the iMac line in 2009, including more RAM and memory, as well as higher resolution screens. However, the size options changed to 21.5 and 27 inches. The 24” line of this computer was left in 2007 and hasn’t been picked up again since.

The 24” Intel iMac has a base connecting to the display, which rests vertically on a table or desk. These monitors include the Apple logo on the front, centered just below the screen. Models since 2006 are aluminum and silver in color, but the 2006 version is polycarbonate and white.