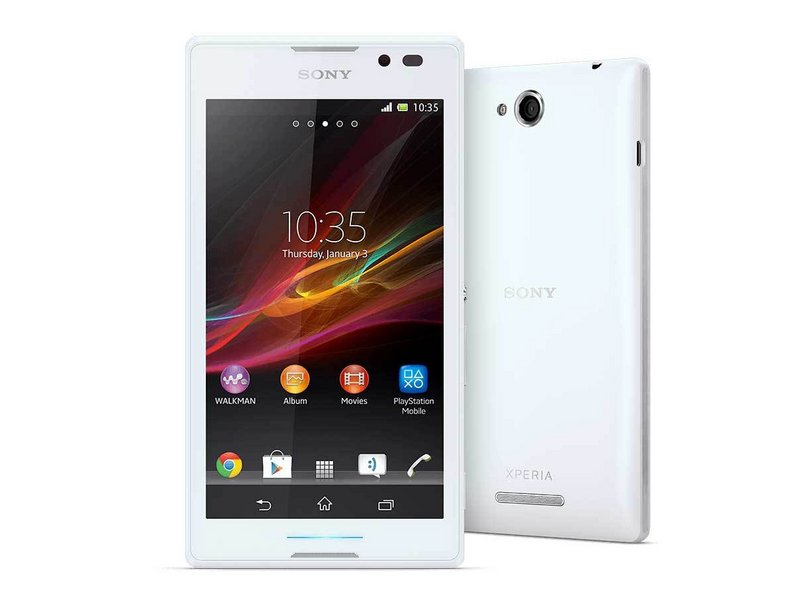 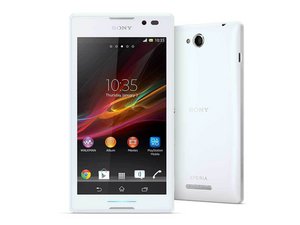 The Sony Xperia C is an Android phone which was released in July 2013. It features a 5.0-inch display with a ~220ppi density and an 8MP rear camera. The Xperia C can be identified by the model number C2305.

The Sony Xperia C is a touchscreen-enabled Android smartphone produced by Sony Mobile Communications and released in July 2013. The Xperia C was targetted at the Chinese market and sold one million units in the first three months of its availability. The C’s successor, the Xperia C3, was released in August 2014. The Xperia C can be identified by the model number C2305.

The Xperia C features a 5.0-inch display with a resolution of 540 by 960 pixels for a pixel density of 220 pixels per inch. The phone includes 4 GB of internal storage and 1 GB of RAM. The internal storage can be expanded up to 32 GB with a microSD card. The Xperia C supports an 8-megapixel rear camera and a 0.3-megapixel front-facing VGA camera. The phone also supports dual SIM cards; the first SIM card slot supports WCDMA network and cellular data while the second SIM card slot supports only 2G networks meant for a secondary or overseas SIM card. The Xperia C includes a 2390 Mah non-removable battery, meaning the battery’s adhesive is permanent, making repair and replacement difficult, but not necessarily impossible.

The Xperia C is similar to the Sony Xperia Z in design with rounded edges. Instead of a glass chassis, the C features a soft-touch back cover that envelops the sides and back of the phone. It was released in black, purple, and white body colors.