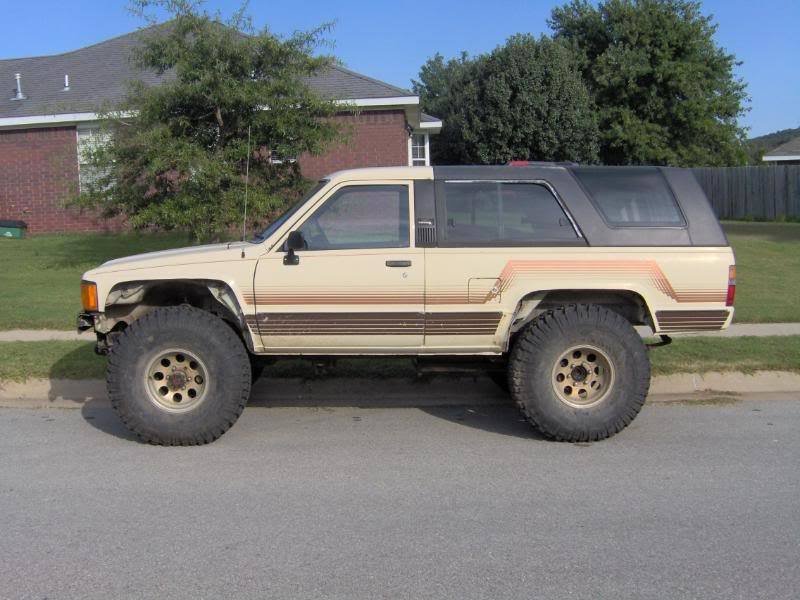 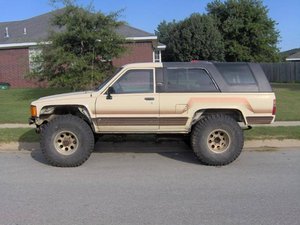 The 1st generation of the Toyota 4Runner that features a removable top .

How to solder a severed ECU return to battery terminal cable

If you are having difficulties with the 1st gen Toyota 4runner then visit the troubleshooting page.

The first generation of the Toyota 4Runner, also called the Hilux Surf, was sold from 1984-1989. It was produced in order to compete with the small SUV market which included the Ford Bronco II and the Jeep Cherokee. These trucks were nothing more than the Toyota pickups with the back cut out, rear seats and a fiberglass top bolted on. They are heralded today as one of the best 4Runners ever built and continue to be popular among 4X4 enthusiasts and rock crawlers.

These trucks are easily told apart from other 4Runners by the fiberglass top that is capable of being taken off. They can also be identified by the side windows that pop out, another feature only available on the first generation.